THE MOST SUCCESSFUL MMA GYM OF ALL TIME! 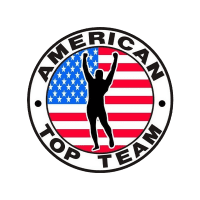 Dan Lambert’s vision was to build a facility where some of the best fighters in the World could have access to first class instruction, in multiple disciplines under one roof. In less than 20 years the reality was far greater than anyone’s expectations with the opening of a 50’000 sq.ft state of the art HQ facility in Coconut Creek (Florida), that is home to over 100 pro MMA fighters, and operates as HQ to more than 30 ATT schools around the World with locations from USA to Canada, Italy and Russia to name just a few.

Even with the tremendous growth that led UFC Commentator Joe Rogan to say “In my opinion, American Top Team is the BEST MMA camp in the Country”, ATT’s philosophy has not changed and that’s why more championship belts have been won and continue to be displayed at Coconut Creek from organizations like UFC, WEC, Bellator, PFL, One and Rizin.

Black Boxx is an ATT affiliate located in Kissimmee, Florida under Head Coach, Glenn Mincer, who has has been with American Top Team since it’s formation, initially based at Coconut Creek. Aside from high school and college wrestling, Coach Glenn has only ever trained and competed under the famed ATT banner.

Coach Glenn is regularly heard saying “I don’t want to be the best on the team, I want to be part of THE BEST TEAM“, and with this mentality it is no shock that he bought on board the most comprehensive, professional Coaching Team to ensure Black Boxx remains the BEST MMA SCHOOL IN THE AREA!

Black Boxx offers first class instruction in BJJ, Judo, Wrestling, No Gi Submission Wrestling, Boxing and Muay Thai, and is home to the largest, most successful MMA Team in the area.